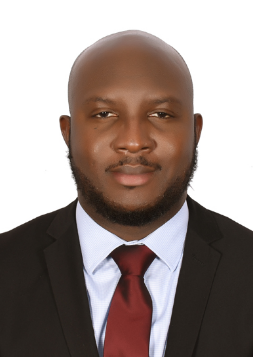 Since the first discovery of oil in the Middle East about a century ago, the E&P industry has enjoyed success from giant field discoveries in an era defined by easy exploration with limited data. However, modern E&P faces significant challenges as the big bumps are mostly drilled, with the remaining opportunities hidden within challenging structural and stratigraphic traps. Hence, exploration success today demands a ‘hawk-eye’ approach in integrating all available data. The use of conventional amplitude-direct hydrocarbon indicators (DHI) become insufficient to derisk these plays, due to lithological and structural complexities. Therefore there is a need to stretch the 3D seismic data and reservoir interpretation beyond ordinary limits using advanced quantitative interpretation techniques is required. In this talk we will discuss the successful results of integrating advanced rock properties modeling with the extended elastic impedance (EEI) technique to reduce the risk of reservoir quality and hydrocarbon fluid distribution for a stacked porous-carbonate reservoir, as part of prospect maturation efforts within ADNOC Upstream Exploration. The studied area is structurally complex, and 3D seismic interpretation resulted in additional complex leads related to anticlinal pop-ups, 3-way dip closures, as well as fault - deep diagenetic combination structures. Seismic fluid illumination analyses using partial stack seismic data showed clear brightening “sweet spots” in the fluid projection volumes for the main reservoir bearing zones. The observed fluid DHI demonstrate acceptable level of conformance within the structures, matching clearly with acoustic impedance for areas of high porosity. Integrating sweet spot analyses with structural interpretation provides a significant level of confidence on these leads as they become high-graded and matured to drillable prospects. With these results we demonstrate the value of the EEI technique to unlock the hydrocarbon prospectivity in an exploration maturation scenario. This approach also holds potential value in development and appraisal settings, where oil/gas fluid detection becomes a critical business requirement.

Emovigho (Neil) Omonigho is a versatile geophysicist with over 17 years of E&P experience from a range of basins. His interests include structural interpretation, seismic rock properties analysis and advanced quantitative interpretation, QI. Neil obtained a B.Sc. degree in geology and mining geophysics from the University of Jos in 2002, before completing his Masters degree at Heriot-Watt University, Edinburgh in 2005. Neil started his career in Shell as a Reservoir Geologist before joining Ikonscience Limited, UK in 2006 as a Geophysicist within the Exploration and New Technologies team, where he provided technical and Quantitative Interpretation support to E&P clients. He later moved to Norway to work for Roksource ASA EP in 2009 as Senior Geophysicist, contributing to a number of exploration discoveries and blocks award. Neil joined the British Petroleum (BP) Exploration and Operating Company, Advanced Seismic Imaging Flagship, UK in 2011 as a Seismic Rock Properties Specialist where he worked on integrating advanced Geophysics techniques including extended elastic impedance in exploration and development settings across BP’s global portfolio. He developed/deployed a number workshops and best practices across the operating regions. He later worked for the German based E.ON Exploration and Production company in 2015 as a Lead Geophysicist helping to advance the North sea business including the Tolmount Gas field discovery. Neil joined ADNOC group in 2016 as a Senior Geophysicist, and is currently based at ADNOC HQ, Upstream Exploration, where he contributes technically to maximise opportunities from new and existing ADNOC concessions. He is an active member of the SEG, AAPG, CSEG and SPE.