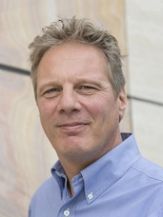 During these times of sustained low oil prices, it is essential to look for new innovative ways to collect (time-lapse) seismic data at reduced costs and preferably also at reduced environmental impact. By now, there is an increasing body of corroborating evidence — whether these are simulated case studies or actual acquisitions on land and marine — that seismic acquisition based on the principles of compressive sensing delivers on this premise by removing the need to acquire replicated dense surveys. Up to ten-fold increases in acquisition efficiency have been reported by industry while there are indications that this breakthrough is only the beginning of a paradigm shift where full-azimuth time-lapse processing will become a reality. To familiarize the audience with this new technology, I will first describe the basics of compressive sensing, how it relates to missing-trace interpolation and simultaneous source acquisition, followed by how this technology is driving innovations in full-azimuth (time-lapse) acquisition, yielding high-fidelity data with a high degree of repeatability and at a fraction of the costs.

Dr. Felix J. Herrmann graduated from Delft University of Technology in 1992 and received in 1997 a Ph.D. in engineering physics (DELPHI Consortium) from that same institution. After research positions at Stanford University and the Massachusetts Institute of Technology (Earth Resources Laboratory), he joined the faculty of the University of British Columbia in 2002 where he is now affiliate professor. Since 2017, he is cross-appointed at the Schools of Earth & Atmospheric Sciences, Computational Science & Engineering, and Electrical & Computer Engineering of the Georgia Institute of Technology. His research program spans several areas of computational exploration seismology including economic and low-environmental impact (time-lapse) acquisition with compressive sensing, data processing, and wave-equation-based imaging and inversion. He was among the first to recognize the importance of curvelet transforms, compressive sensing, and large-scale (convex) optimization addressing problems involving simultaneously acquired/blended (time-lapse) data with surface-related multiples. He developed curvelet-based denoising and matched filtering methods that are now widely used by industry. He also made several contributions to full-waveform inversion and (least-squares) reverse-time migration by introducing concepts from stochastic and constrained optimization designed to produce high-fidelity results at lower costs. More recently, he has been involved in developing rank minimization techniques for seismic data acquisition, in the development of a domain-specific language for finite differences called Devito, and in the application of deep convolutional neural nets to seismic data processing and inversion. To drive innovations within industry, he started in 2004 SINBAD, a research consortium responsible for several major breakthroughs resulting in tangible efficiency improvements in industrial data acquisition and full-waveform inversion. At Georgia Tech, he vows to continue these activities by setting up a new research consortium with a focus on machine learning. He serves as deputy editor for Geophysical Prospecting and is a Georgia Research Alliance eminent scholar.